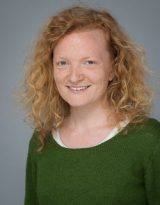 Marie grew up on the Baltic coast and has always been fascinated by the sea and climate change. She studied Geosciences as an undergrad in Potsdam and moved on to Bremen to do her Master degree in Marine Geosciences. In 2016 she founded her own project with the NGO CliMates in Paris to share her knowledge on atmospheric and ocean interdependence as well as the effects of climate change on the oceans. In 2019, throwing herself further into the research of changing environments, Marie joined Henry’s team and is researching ocean acidification in the Caribbean Sea as a doctoral candidate.