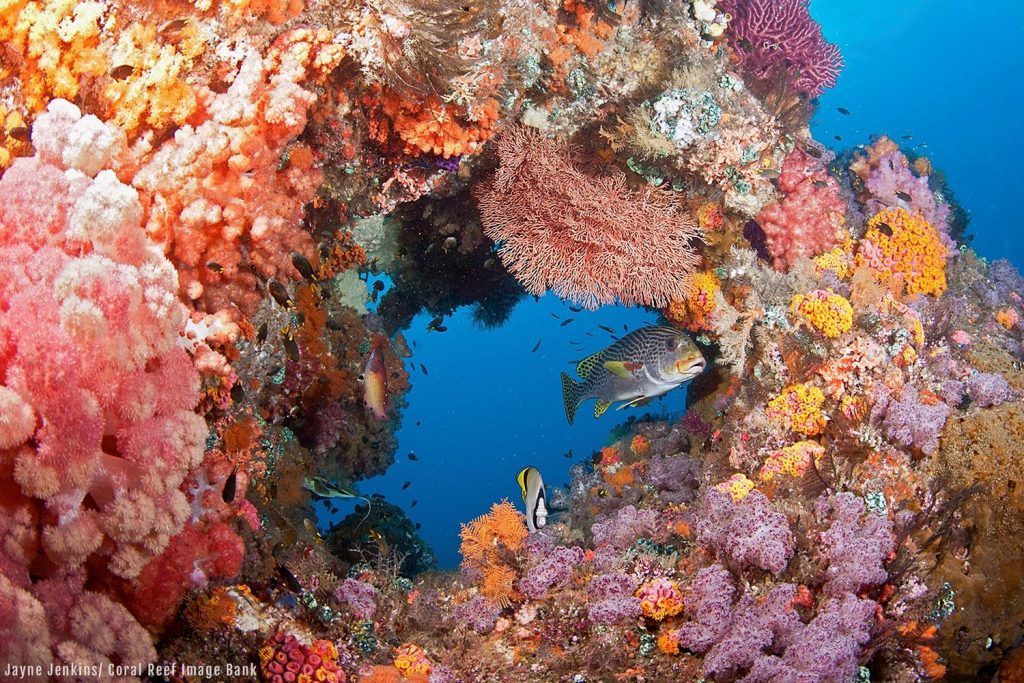 There are about six thousand species of coral around the world. Most thrive in the shallow and warm waters of the tropics, but some also live on the deep and cold seafloor of the open ocean. Coral reefs support about 25 percent of all marine creatures and are often referred to as the rainforest of the sea, while only making up less than 1 percent of the ocean floor. For comparison all of the world’s shallow reefs would fit into an area of about 285 000 km2, smaller than half of France.

Coral reefs not only provide a habitat for more than 1 million species of marine life, but they protect people and the coast from storms and large waves. They also provide resources and ecological services worth billions of USD per year for fisheries, food, and tourism.

Today’s reef building hard corals, also called scleractinian and stony corals, have lived longer than the dinosaurs, existing since 200-250 million years ago. A coral is actually a colony of lots of coral polyps together that act like a single organism. Those coral polyps are small animals with a hard, protective limestone skeleton at their base. The bright colour comes from an algae called zooxanthellae (ZOH-oh-ZAN-thell-ee), which provides the coral with oxygen and carbohydrates, together with ions in seawater, it is used to build the reef structure. The growth rate of coral colonies is species dependent, but some are as fast as 10 cm a year (same as human hair) and others only grow 0.3 to 2 cm a year. As they grow, they include the geochemical tracers of the current environment and store them in their calcareous skeleton.

Here is a 3D visualization of a coral core taken from New Caledonia.

Click the “Play” button to move around the image. Scroll to zoom in/out, right click to move, hold to rotate.

Magnified images that show individual polyp skeletons from this core. Can you find them on your own?